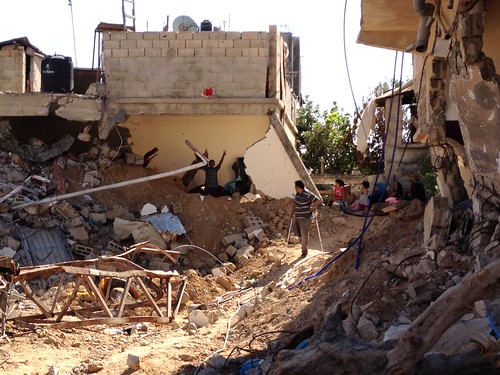 Killing Gaza: A New Documentary on Palestinians Under Siege

In their new film “Killing Gaza,” journalists Dan Cohen and Max Blumenthal capture the harrowing stories of Palestinians who survived the 2014 Israeli assault, and their struggles to recover and persist under a crippling blockade.

Full documentary for a price: https://vimeo.com/ondemand/killinggaza/255266362

Yet this film is much more than a documentary about Palestinian resilience and suffering. It is a chilling visual document of war crimes committed by the Israeli military, featuring direct testimony and evidence from the survivors.

10 thoughts on “Chris Hedges with Max Blumenthal and Dan Cohen: Killing Gaza: A New Documentary on Palestinians Under Siege”