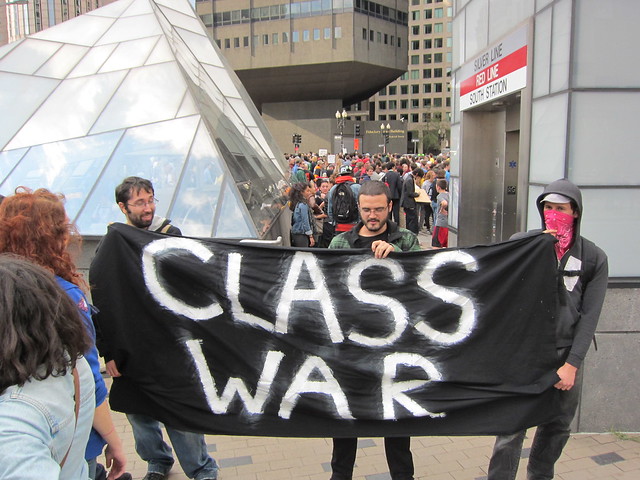 “But you can’t do that with Class. By definition, you can’t say we’ll have a society where the rich capitalists and workers are equal together.” — Michael Parenti

Michael Parenti is an American political scientist, historian, and cultural critic who writes on scholarly and popular subjects. He has taught at American and international universities and has been a guest lecturer before campus and community audiences.

Parent begins at 6:00 minutes into the video.

Michael Parenti is an award winning, internationally known author. His most recent books are The Face of Imperialism (a critique of the U.S. global empire; 2011) and Waiting for Yesterday: Pages from a Street Kid’s Life (an ethnic memoir about his early life in Italian Harlem; 2013); Profit Pathology and Other Indecencies, The Culture Struggle (2006), and Against Empire (1995).

The Financial Industry Is A Lot Bigger Than A Giant Vampire Squid, by Pete Dolack

85 Billionaires and the Better Half, by Michael Parenti

5 thoughts on “Michael Parenti: How To Think About Class”