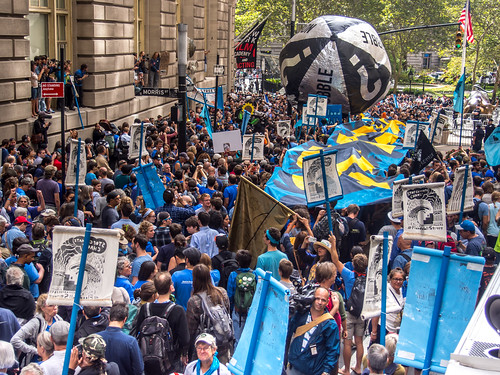 Hundreds of people attended the #FloodWallStreet demonstration to protest the role big business plays in fueling climate change. The protest was largely peaceful, but police arrested a number of people by the end of the night, including a polar bear.

Protesters Flood Wall Street – And A Polar Bear Is Arrested 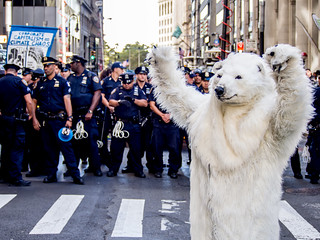 A day after hundreds of thousands of protesters marched through Manhattan as part of a global climate change march, more protesters attempted to “Flood Wall Street.” Protesters faced little resistance from police as they staged a sit-in at Broadway and Morris, blocking traffic for several hours. Eventually the group made its way to Broadway and Wall Street where, after several hours, police arrested a total of 104 people including a person dressed as a polar bear.

Against the climate march cynics by Paul D’Amato