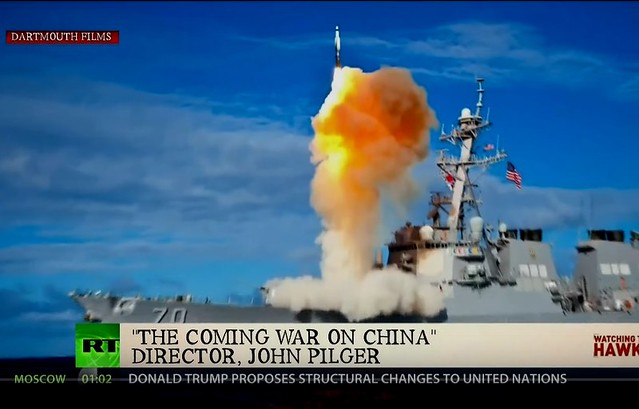 With all eyes on the nuclear standoff with North Korea, what is the over-arching agenda in play behind the politics of crisis? Tyrel Ventura sits down with documentary filmmaker and journalist John Pilger to learn more about the unfolding behind-the-scenes power play, and to discuss his latest documentary, “The Coming War on China.”

The Killing of History by John Pilger

The Censorious Vortex of the “Flash News” Barons by Ralph Nader

John Pilger: The World Is Being Primed To Regard China As A New Enemy

14 thoughts on “John Pilger: Propaganda and Censorship Is the Real Problem in the US”