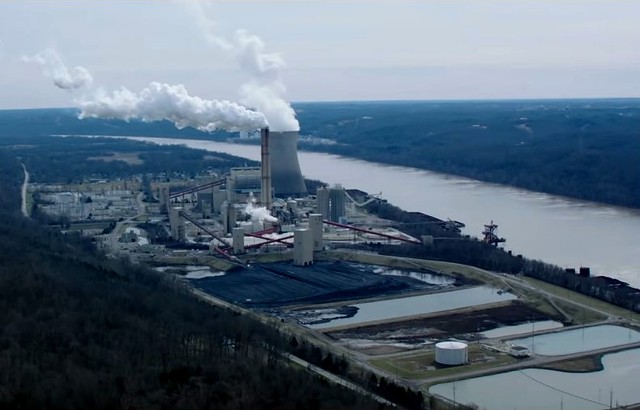 Most viewers will walk away thinking they watched a movie that documents the true story of a relatively isolated case of DuPont contaminating the local soil and water of an unfortunate town, Parkersburg, West Virginia. Regardless, Dark Waters is a superior film. If you haven’t seen it, please do so.

In the film, lawyer Robert Bilott (Mark Ruffalo) works in a Cincinnati law firm that specializes in defending chemical companies. Bilott is approached by a farmer named Wilbur Tennant who suspects the nearby DuPont manufacturing plant has been poisoning the water his cows drink. Bilott quickly discovers that people are also being poisoned and he dedicates himself to protecting the health of people by suing the chemical goliath. Dupont’s actions are criminal.

In 2017, Bilott won a $670 million settlement for 3,500 community members whose water had been contaminated with PFOA.

Movie critics have had mostly positive, though narrowly focused reviews. They describe a procedural drama, a kind of Perry Mason case that turns out well. The Detroit News calls the film a David and Goliath story. (David slays Goliath in that epic story. Here Goliath sustains a pin prick.) The Atlantic called Dark Waters a pensive, legal movie. The Toronto Star says It’s enough to make you want to chuck all of your non-stick and waterproofed products after seeing this movie. Aisle Seat put it similarly, writing that the movie might inspire people to throw out non-stick pans and “sip nervously on that next glass of water.” This is hardly the stuff to inflame the indignation of millions worldwide who have been poisoned by these chemicals.

People are conditioned to think that their local, state, and federal regulatory agencies are keeping contaminants like this out of their water, and that episodes like Parkersburg are isolated – and when they occur, residents are notified and protected. Read the water report from your local supplier to discover there’s nothing to worry about.

The truth is that our drinking water is loaded with carcinogens and other dangerous chemicals while the legal limits for contaminants in tap water have not been updated in almost 20 years. What’s in your water? See the Environmental Working Group’s Tap Water Database to find out.

People are convinced, “It can’t happen here,” so the filmmakers should have done a better job smashing this notion. During a dramatic moment in the film, Bilott is persuasive, “They want us to think that we’re protected,” he thunders out. “But we protect us. We do!” It’s a passionate revolutionary message, unfortunately confined to the story of folks poisoned in a small West Virginia town.

At the same time the movie was premiering across the country, Congress backed away from legislation that would have regulated PFOA and PFOS – the two types of PFAS contamination that have brought indefinite misery to Parkersburg.

The movie never mentions the military and the role it plays in poisoning folks in Parkersburg and in thousands of communities adjacent to military bases worldwide. DuPont was a major supplier of the DOD’s aqueous film-forming foam (AFFF) used in routine fire-fighting exercises on military bases. Dupont has announced it will voluntarily phase out the use of PFOS and PFOA by the end of 2019 while it no longer manufactures or sells firefighting foam to the DOD. Instead, its spinout Chemours, and the chemical giant 3M are filling Pentagon orders for the carcinogens that may find a way into your body.

The military routinely lights massive petroleum-based fires for training purposes and douses them with PFAS-laced foams. The cancer-causing agents are allowed to contaminate groundwater, surface water, and sewer system sludge which is spread on farm fields to poisons crops. The DOD regularly incinerates the material, despite concerns that these “forever chemicals” may remain intact.

3M, DuPont, and Chemours all face firefighting foam pollution claims stemming from the military’s continued use of these chemicals, although the recent congressional inaction will help in their defense. Chemours and 3M stocks shot up after the news that Congress has decided not to regulate the cancer-causing agents.

The military is responsible for most of the contamination caused by PFAS across the country. For instance, the California State Water Resources Board recently tested 568 municipal wells across the state. The testing generally stayed away from military installations. 308 of the wells (54.2%) were found to contain a variety of PFAS chemicals. 19,228 parts per trillion (ppt) of the 14 kinds of PFAS tested were found in those 308 wells. 51% were either PFOS or PFOA while the remaining 49% were other PFAS that are known to have negative impacts on human health.

The DOD was not a focus of this investigation, although one base, Naval Air Weapons Station China Lake has contaminated a well at 8,000,000 ppt. for PFOS/PFOA, according to the DOD. China Lake has 416 times more of the carcinogens in its groundwater than the rest of the commercial spots tested around the state combined. 30 military bases have severely contaminated water throughout California, and another 23 have been identified by the DOD as having used the carcinogens. Search here: https://www.militarypoisons.org/

Water districts in several states are beginning to take steps to filter out the contaminants, although Congress and the EPA have not set Maximum Contaminant Levels (MCL’s) for the poisons and are not expected to do so anytime soon. It’s a testament to the power of the chemical lobby in Congress and the ability of the DOD to skirt liability, which could eclipse $100 Billion.

In the meantime, the DOD will not be required to clean up the PFAS contamination of 10.9 million ppt it knowingly left in the ground at England Air Force Base in Alexandria, Louisiana when it walked away from the place in 1992. Harvard scientists say 1 ppt in drinking water is potentially hazardous. The contamination and human suffering are at epic proportions in the US. and people are dying.

Dark Waters missed the opportunity to draw attention to the 800-pound military gorilla in the room and it blew the chance to fully identify the EPA as an agency that exists to protect American industry and the Department of Defense from liability and public outrage.

The film was apparently produced to help launch an anti-PFAS crusade. Participant, a media company dedicated to inspiring social change, has launched the “Fight Forever Chemicals” campaign to coincide with the film.

“Right now, our laws and public institutions are failing to protect us,” said Ruffalo in a statement. “I wanted to make Dark Waters to tell an important story about bringing justice to a community dangerously exposed for decades to deadly chemicals by one of the world’s largest and most powerful corporations. By telling these stories we can raise awareness around forever chemicals and work together to demand stronger environmental protections.”

Rufflo joined Billot, leading activists, and the public during a telephone town hall shortly after the release of the film. The military’s use of the substance was mentioned briefly by one participant. Otherwise, the organizing effort has focused on non-military uses of the materials, until a recent outreach piece sent to thousands across the country which mentions the National Defense Authorization Act:

We need Congress to fight for our health and hold these corporations accountable. It’s time for DuPont and 3M to clean up PFAS contamination! Congress must enact a National Defense Authorization Act that gets PFAS out of our tap water and cleans up legacy PFAs contamination.

Tell Congress: Oppose the National Defense Authorization Act. Get cancer-linked PFAS chemicals out of our water!

Thanks for standing with us.

Readers may think it is curious to target the National Defense Authorization Act because the conversation thus far has not focused on the Pentagon. The effort is brilliant, but it is a day late and a dollar short. As described above, Democrats have already walked away from the table in favor of their chemical industry benefactors.

Dark Waters provides half the story. The other half involves the indiscriminate use of these chemicals by the military.

From Participant (Spotlight), DARK WATERS tells the shocking and heroic story of an attorney (Mark Ruffalo) who risks his career and family to uncover a dark secret hidden by one of the world’s largest corporations and to bring justice to a community dangerously exposed for decades to deadly chemicals.

Chris Hedges: Food Companies Distort the Science and Research Into What We Eat

Chris Hedges and Vandana Shiva: The Fight for Life VS Monsanto/Bayer AG

They Poisoned A City by Dorian Bon

Capitalism Is Killing The Earth And Its People by Finian Cunningham