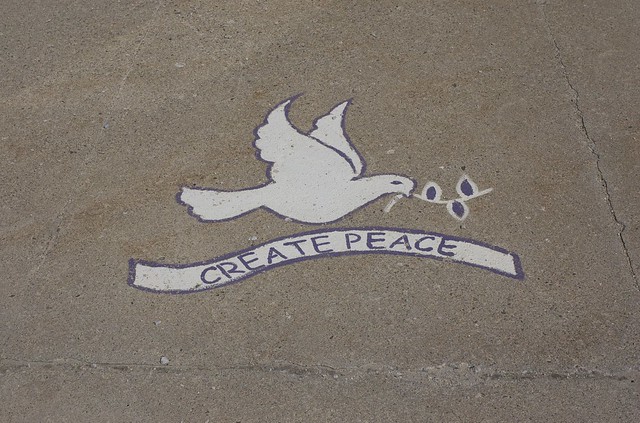 After the U.S. has spent months privately telling Ukraine not to negotiate peace and publicly telling Ukraine to help itself to an all-you-can-eat weapons buffet with breaks to pose for heroic portraits, and not long at all after telling Congress Members to beat themselves with whips for suggesting negotiating peace, the White House has privately asked Ukraine to pretend to be open to peace negotiations because it looks bad to have Russia willing (or at least saying it’s willing) to discuss peace and Ukraine not saying that. Or, in the words of the Bezos Post:

“U.S. privately asks Ukraine to show it’s open to negotiate with Russia. The encouragement is aimed not at pushing Ukraine to the negotiating table, but ensuring it maintains a moral high ground in the eyes of its international backers…. a calculated attempt to ensure the government in Kyiv maintains the support of other nations facing constituencies wary of fueling a war for many years to come.”

But here’s the thing. I too am “wary” of fueling a war for many years to come (or another goddamned minute, if the truth be told). I want the U.S. government, the government that claims to represent me, the government that bombs far-away people in the name of democracy while routinely ignoring U.S. majority opinion — I want that government to take steps toward peace, and not its pretense, regardless of what the Ukrainian government is doing. Want to claim Russia is lying about a willingness to negotiate and compromise? Call Russia’s bluff. You’re obviously willing to call its bluff on starting the nuclear apocalypse, so why not on negotiating peace? Engage in the public diplomacy that Woodrow Wilson claimed the first world war was for. Put out there publicly a serious statement of willingness to compromise on key concerns. Let Russia respond. If you’re right that Russia’s lying, this will make Russia look worse than a dozen speeches about how bad Russia is.

The government I vote and pay for while eternally trying to get my neighbors to join me in shutting down and revolutionizing through massive nonviolent resistance, spent decades choosing to build predictably toward a conflict with Russia in Ukraine. By predictably I mean, of course, actually predicted, and predicted by numerous individuals and agencies and contractors of the U.S. government — in some cases warning against and others advocating for the creation of this war.

These devotees of the Rules Based Order tore up treaties and expanded military alliances and installed missile bases and made hateful accusations and expelled diplomats. Look at even the least likely one. Pick even the person you believe to be Putin’s servant. Trump sold weapons to Ukraine, blocked Russian energy deals, forced NATO members to buy more weapons, continued the militarization of the border of Russia, sanctioned and expelled Russian officials, rejected numerous Russian overtures on space weapons, cyber wars, etc., tore up disarmament treaties, bombed Russian troops in Syria, and generally escalated the new cold war. And rather than seeking to protect the planet, what did the “opposition” in the United States Congress do? They pretended that Trump was serving Russian interests because he’d been urinated on.

And I mean there were decades of this, including the 2014 coup. And Russia’s demands a year ago were absolutely reasonable, indistinguishable from what U.S. demands would be were Russia putting missiles in Toronto and Tijuana. Ukraine had a president elected in 2019 to make peace and comply with the law, including the Minsk 2 agreements. But the U.S. wanted war. The U.S. has no capacity for encouraging peace, has no trillion-dollar-a-year program for scheming and plotting peace. When fascists demanded their way in Ukraine, the U.S. responded as it had with Italy and Germany in the 1930s. And when Russia invaded Ukraine, the U.S. and its poodles worked to prevent any negotiated halt to the war.

So, is the sky blue? Is water wet? Does Russia have no excuse for its mass-murderous side of a war that, like every war ever, consists of two-sided mass-murdering? No excuse whatsoever. Russia should get the hell out, repent, disarm, and pay reparations. Because of what it’s done. Not because it has been “unprovoked.” And not because of motivations in the mind of Vladimir Putin. I don’t much care how much Putin is driven by Russian imperialism, and how much that’s his pro-war propaganda. I don’t care if he’s acting purely because of NATO’s threat or only using that as an excuse. There was no justification for intentionally giving him that excuse.

Why do I need to tolerate the U.S. government telling me that the waterfall of free weapons needs to keep falling on Ukraine until Ukraine says “No, Thank you?” Spending $60 billion and perhaps soon $110 billion mostly on weapons for a nation because you claim that nation doesn’t want peace without total Russian surrender is the opposite of morally defensible. “Nothing on Ukraine without Ukrainians,” you say. This is an illegitimate framing of the issue, but before I tell you why, let’s play along for a second. Which Ukrainians? The ones who’ve fled the country en masse? The ones who know that peace talk is unacceptable? The ones close to the war who want peace in greater numbers than those farther from the war? The ones who had a government you over threw 8 years ago? If this were your real motivation, why have I never heard “Nothing in the U.S. without the U.S.ians?” Why do we never get to have our way on the federal budget or environment or education or minimum wage or healthcare, much less U.S. foreign policy?

All right. Enough playing along. The weapons tsunami cannot be defended with the “Never Without Ukrainians” talk because it’s boosting the risks of a nuclear apocalypse, and Ukrainians are a tiny percentage of those people — never mind other creatures — who would perish. The war is already devastating the natural environment and the ability of nations to cooperate on pressing needs including the environment, disease, poverty, etc. Speaking of which, fractions of this spending could have been used — and could still be used — instead to end starvation on Earth, to end poverty in the United States, to create a Green New Deal of the sort we’re always told is too expensive. Not just the reach of a nuclear war or a nuclear winter, but the quantity of dollars involved here makes this bigger than Ukraine. This many dollars can kill or save or transform vastly more lives than the entire population of Europe.

It’s not that Ukraine doesn’t matter. It’s wonderful for Ukraine to matter. I wish there were some way in which Yemen or Syria or Somalia could achieve the status of mattering. But current policy is going to lead to a Ukraine without Ukrainians and an Earth without Life if actual openness to talking and compromising doesn’t replace open pretending at diplomacy in order to make the other guy look as bad as you’re admitting to being yourself.

Dennis Kucinich: Where Are The Pro-Peace Democrats?

9 thoughts on “Ukraine Without Ukrainians, Earth Without Life, by David Swanson”