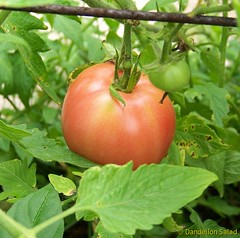 Behind America’s dollar hamburgers and 72-ounce sodas is a key ingredient that quietly fuels our fast-food nation: corn. In KING CORN, recent college graduates Ian Cheney and Curt Ellis leave the east coast for rural Iowa, where they decide to grow an acre of the nation’s most powerful crop.

END_OF_DOCUMENT_TOKEN_TO_BE_REPLACED

Cindy Sheehan was arrested March 20, 2010 during a protest outside the White House, and received a stay-away order from same. She was acquitted July 12, 2010, along with Jon Gold and Jim Veeder. Elaine Brower, Matthis Chiroux and LeFlora Cunningham-Walsh were convicted. Sheehan’s stay-away order was removed with acquittal. There may be an appeal. Defendants’ co-counsel speak about the charges prior to trial and the ramifications of D.C. Superior Court Judge Robert Morin’s ruling.

END_OF_DOCUMENT_TOKEN_TO_BE_REPLACED

Syriana is a 2005 geopolitical thriller film written and directed by Stephen Gaghan, and executive produced by George Clooney, who also stars in the film with an ensemble cast. Gaghan’s screenplay is loosely adapted from Robert Baer’s memoir See No Evil. The film focuses on petroleum politics, and the global influence of the oil industry, whose political, economic, legal, and social effects are experienced by a CIA operative (George Clooney), an energy analyst (Matt Damon), a Washington attorney (Jeffrey Wright), and a young unemployed Pakistani migrant worker (Mazhar Munir) in an Arab country in the Persian Gulf. The film also features an extensive supporting cast including Amanda Peet, Tim Blake Nelson, and Christopher Plummer, as well as Academy Award winners Chris Cooper and William Hurt.

END_OF_DOCUMENT_TOKEN_TO_BE_REPLACED

Forget about nuclear missiles – the decisive weapon of the twentieth century is the car bomb. After Iraq we now know you can defeat a Superpower, start a civil war or just blow up your own government with a trunk load of homemade explosives and a battered old car. Former CIA agent Robert Baer investigates the hidden history of the car bomb in the 20th century, from the little known but devastating car bomb attack on 1920s Wall Street to the present use of car bombs in Iraq.

Robert Baer was in Lebanon in 1983 when the US embassy and marine barracks were hit by this most inconspicuous yet deadly weapon. Robert Baer’s life was depicted by George Clooney in the Oscar-winning movie Syriana.

END_OF_DOCUMENT_TOKEN_TO_BE_REPLACED

President Barack Obama has been a major disappointment to a liberal community that rallied to his call for genuine change. His administration has made no attempt to investigate the crimes that were committed by the Bush administration, including torture and abuse, secret prisons and renditions. President Obama rescued Wall Street, but not Main Street. And he has expanded the self-destructive war in Afghanistan, where there is no end in sight. President Obama cannot be blamed for the failure to close Guantanamo, but he continues to favor preventive detention. But the president’s most inexplicable failure, in view of his Harvard Law School background and commitment to constitutional rights, is his unwillingness to name a statutory inspector general (IG) at the Central Intelligence Agency (CIA).