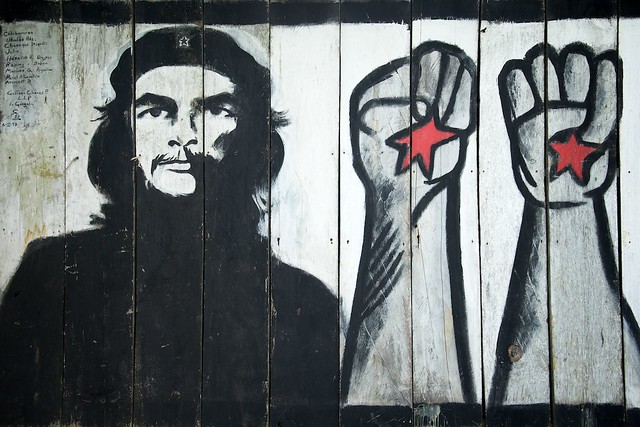 The Essays of The Man From the North by Rivera Sun
Writer, Dandelion Salad
Originally published Dec. 22, 2013
September 1, 2018

Wishful thinking and random action will not topple the corrupt and powerful collusion of extreme capitalism, the wealthy elite, and military force. For all the courage shown thus far by people across the country in demonstrating, petitioning, even throwing their bodies in the line of danger, I call upon an even greater courage now …

… the courage to act like we stand a chance of winning.

Desperate acts of valor in the midst of despair, futile symbolic gestures, spontaneous eruptions of anger and violence … none of these require the same courage as sitting down and systematically analyzing how a tiny group of disorganized, overwhelmed, exhausted, contentious, and geographically dispersed people can bring about the downfall of a massive machine of economics, legislations, cultural brainwashing, media domination, law enforcement, surveillance, and military power.

That, my friends, requires the courage to confront the impossible.

It requires that we look unflinchingly at the horrors of this machine. It demands that we examine – and overcome – our own shortcomings. It also requires that we exhibit the bravery of the inventor … one who looks at the impossible and decides it can -and will – be done. The only question is how?

Thomas Edison famously said, “Genius is one percent inspiration and ninety-nine per cent perspiration. Accordingly, a ‘genius’ is often merely a talented person who has done all of his or her homework.”

Inventors possess a great deal of two common human traits: curiosity and persistence. With these, they have flown like birds, split the atom, and landed on the moon – all impossible tasks that have been made possible by the determination to ask the right questions and seek the answers. Libraries have been written about strategies of collapsing empires and waging nonviolent struggle, but the central questions boil down to this:

What are our strengths?

What are our opponents’ weaknesses?

How can we wisely use our strengths to aggravate their weaknesses?

Dare to have the courage to pursue this line of questioning into the gritty details and the complicated picture that arises. Along the way, we might also ask:

What are our weaknesses?

What are our opponents’ strengths?

How can we lessen or eliminate our weaknesses while eroding the strengths of our opponents?

It is cowardice to balk from answering these questions. It is an act of denial and despair to engage in nonviolent struggle without tackling the analysis of strategy. It is ineffectual at best; sheer suicide at worst. Because, be assured, you are not alone in asking these questions. The corporations, the government, and the military all employ full-time staff to ask these questions about us.

At this moment in history, it is clear to all that have a conscience that reform of single issues will not resolve the dire nature of our situation. We must be bold enough to confront the entire collusion of wealthy elite, corporate politics, and military might. We must be determined to follow our questions into uncertain avenues and research the daunting forces that confront us. We must, in the words of Che Guevara …

“Be realistic; demand the impossible!”

Our very lives – and all of earth – may depend on it.

MFTN: Poverty Will Kill More Of Us Than Terrorism

9 thoughts on ““Be Realistic–Demand the Impossible!””