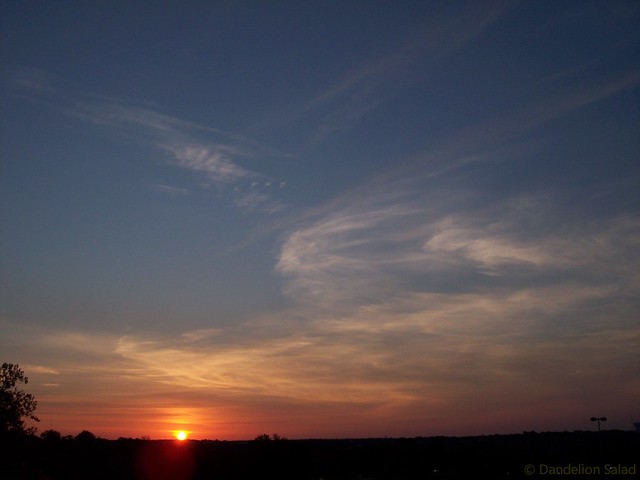 The Dawn of Everything: A New History of Humanity by David Graeber and David Wengrow is, I think, a terrific contribution to human knowledge and guide to pursuing more of the same — as well as a notable accomplishment for the Davids of the world, who have perhaps been falling a bit short lately. A few of the points it documents and persuades of are:

Neither Hobbes nor Rousseau was right, nor ever claimed to be, not in the sense of describing actual people and events.

There exists no pattern of human societies progressing by stages from nomadic small groups of hunter-gatherers too dumb to have a system of government, to settled urban farmers inevitably under the boots of tyrants, to practically white industrialists, to full-blown democrats and NATO members eager to devastate ecosystems and stockpile nuclear weapons.

Humans have also intentionally chosen shifts from rural to urban life, from urban to rural life, from popular governance to kingdoms of various sorts, from kingdoms and slave states to popular democratic councils, from agriculture to foraging, from foraging or farming to some combination of the two, and every other direction and permutation possible.

And not just every variation, but every mixture. Homo sapiens has created symbolic kings without power, seasonal shifts from dictatorship to anarchism and back, societies free of rank or punishment or law or conflict, societies free of those things but using murder and torture and cannibalism against outsiders, societies fully adopting outsiders, and clan memberships that carry rights and responsibilities across numerous disparate societies and languages.

Just as no one can plausibly make sense of governmental policies on Earth in 2021 as rationally sensible and purely economically driven, applying such assumptions to past societies, even while imagining their residents as subhuman, doesn’t get you very far. Societies have made tradeoffs of wealth for freedom, agriculture for ease, more nutritious crops for easier (or more difficult) favorites, and domestication of animals for keeping them available to hunt. People have shaped their cultures explicitly to differentiate themselves from other cultures, to please gods, and to honor the dead — all of which throws anthropologists’ notions of maximizing calories or moving toward the modern militarized bureaucratic state with corporate-approved elections all out of whack.

The times and places that have not left us giant stone monuments are the first places to look for greater freedom and human rights. But even many of the places that have left behind giant structures lacked the notion that anyone needed to obey any order from anyone else.

There may have been more democratic participation in governance in some cities of Mesopotamia 6,000 years ago than just about anywhere on Earth in the 21st century when the spreading of democracy became a justification for bombing the place.

There’s no actual evidence for the claims of people like Hobbes, Ian Morris, or Steven Pinker that the world is inevitably full of violence and misery unless leviathan state violence is used to pacify everyone.

When Europeans learned about Native Americans, they also learned directly from them, through debates and discussions, written works and exchanges, public and private seminars, both in the Americas and in Europe. The indigenous critique of European society included its lack of freedom, equality, or fraternity, its shocking willingness to leave people poor and suffering, and its obsession with wealth at the expense of time and leisure. This critique was the origin of a great strain of thought in the European “Enlightenment,” to which a major response was the Rousseauhobbesian infantilization of the people who had just made a wise, coherent, and articulate critique, as well as the invention of false claims of the necessity to sacrifice freedom for safety, of the supposed decrease rather than increase in hours worked in shifting to a European way of life, etc.

Prior to the critique made by the residents of Turtle Island, European intellectuals didn’t bother to make excuses for inequality as an inevitable sign of progress, because the notion that there was anything wrong with inequality hadn’t much occurred to them. Many of the societies that were in great part wiped out for the creation of the United States were mutually recognized by both themselves and Europeans as free in comparison with Europe and its colonies; the only dispute was whether freedom was a good thing or not. Today, the Native Americans have basically won the rhetorical debate, while the Europeans have won the lived reality. Everybody loves freedom; few have it. Although if you utter the phrase “defund the police” you may discover vibrant remnants of those Jesuits who admitted that Wendat people had much less conflict than existed in France despite having to obey no laws, yet denounced that success as a matter of principle.

“The freedom to abandon one’s community, knowing one will be welcomed in faraway lands; the freedom to shift back and forth between social structures, depending on the time of year; the freedom to disobey authorities without consequence — all appear to have been simply assumed among our distant ancestors, even if most people find them barely conceivable today.”

But I bet most people find them desirable to exactly the extent that they can conceive of them. In case anyone needs reminding, individuals in documented cases of having the option to choose between life with Native Americans and life with European colonists overwhelmingly opted for the former, the opposite of what imaginary people in tales by Rousseau or Pinker simply must do.

In case anyone isn’t clear, humans have not changed significantly through any biological evolution in a mere matter of centuries, and biological differences among groups of humans around the world are extremely trivial. For much of human and pre-human existence, people lived on this planet with other species of people and of people-ish primates. But those differences were long, long gone before anybody invented modern racism. Non-Europeans have the same brains as Europeans. So, not only is there a problem with claiming that cultural differences amount to stages on some path of cultural evolution (that’s rarely taken and not clearly a path toward a more desirable state), but there’s a truly ridiculous problem in imagining that cultural evolution to somehow amount to a biological evolution. One of the results of that bit of stupidity is imagining that Europeans choose their systems of government, while others just stumble off a cliff and land in theirs. In reality, many non-agricultural societies have actually been anti-agricultural societies, many societies without kings have been societies that heartily renounced the idea of kings, etc. Prehistoric “egalitarian” cultures haven’t been too dumb to create hierarchies; quite the contrary. The success that anthropologists have had in labeling prehistoric societies with greater freedoms “simple” and those with fewer “complex” would make any war propagandist mad with envy.

Cultures that created a sort of hierarchy in one season and destroyed it in another, every year, cannot help but have been as conscious of possibilities and choices in public policy as some of the Native Americans who were documented to be so after European arrival. Seasonal festivals in much of the world may be vestiges of more substantive seasonal changes in political power, but in that case the ability to conceive of what they once meant has faded.

One element of contemporary Western society self-interestedly promoted as permanent and inevitable is war. But the Earth had never seen anything resembling today’s sorts of wars until very recently, and has seen societies of all varieties live for long periods with war and without war. There is no such thing as The Primitive Human or “human nature” from which to derive the True answer of whether humans Really wage war or not. People are not chimpanzees and are also not bonobos; they’re not even people, where that is taken to specify some particular mode of behavior. All we have is the fact that most people who engage in war suffer horribly, while the cases documented in all of history of suffering from total war deprivation are nonexistent. Societies have banned war, required that victors in war pay compensation for every victim thereby discouraging war, created peace alliances, created peace-keeping officials, made war a subject of mockery rather than glory, treated war as a pastime acceptable only in a certain season of the year, treated war more as a game or spectacle with few if any deaths — and, of course, have also done just the reverse of all of these things. The choice is ours.

The Spanish conquistadors, like others around the world, found that the societies that were difficult to conquer were the ones that had no ruler, the ones that had people lacking the habit of obedience, people who would have laughed or been revolted at the idea of pledging allegiance to a flag. The best defense against tyranny and occupation is actually not technological or murderous, but rebellious.

David Graeber and David Wengrow believe the evidence shows war to have been rare or nonexistent through most of humanity’s existence, though it certainly has existed with and without large urban agricultural societies.

Much of the above may seem obvious, perhaps especially to the degree that one has not benefited from formal education. If parts of it seem the opposite of obvious, then the extremely well-documented book, The Dawn of Everything, may help with that. But is it really needed? Do we really have to know that something has been done before in order to do it? The lengths we go to, to prove that even if there’s nothing new under the sun we can still have a better society than we do now, end up, as in this book, endlessly chronicling new things appearing under the sun.

The Dawn of Everything: A New History of Humanity, by David Graeber and David Wengrow

Chris Hedges: The Pathology of the Rich

The Council of All Beings, by Rivera Sun

2 thoughts on “Reflecting on the Dawn of Everything, by David Swanson”