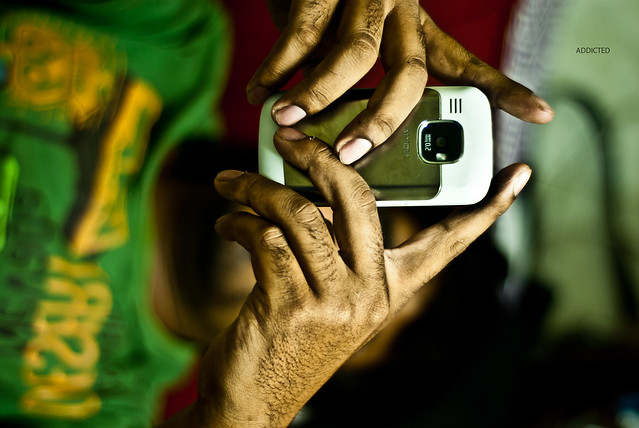 John D. Rockefeller ruled the Standard Oil Company monopoly until the trust busters from Washington broke up its giant price-fixing and predatory practices into several companies.

Andrew Carnegie was the ruler of the giant Carnegie Steel Company (which became U.S. Steel Corporation). Carnegie violently broke up strikes, such as the 1892 Homestead strike, before he left the company to be a major philanthropist building libraries and universities.

In the post-World War II years, the CEOs of General Motors and Ford had immense power but still had to contend with a strong United Auto Workers union and later with jolting consumer advocacy leading to federal safety and emissions regulation.

Today’s corporate dictators are like no others, beyond with unparalleled wealth towering over that held by Rockefeller and Carnegie (adjusted for inflation).

Consider the sheer unchallenged power of Mark Zuckerberg, CEO of Facebook (Meta), Tim Cook, CEO of Apple, the wannabe CEO of a going-private Twitter, Elon Musk, (unless the sinking Tesla stock ends the debt-deep acquisition price), and Sergey Brin and Larry Page still in control of Google. Despite recent stirrings, there are no company-wide unions at these companies and the prospect for such is still in the distant future.

These CEOs snap their fingers and their patsy Boards of Directors sign off on huge optimally priced stock options and other goodies. These CEOs don’t have to worry about their shareholders because like Zuckerberg, with a large portion of the shares, they have rigged their even larger control of voting shares giving them an unassailable shareholder majority.

They are hauled before Congressional Committees, appearing humble and afterwards they must be breaking open the champagne. Because after the public posturing by the lawmakers, no effective regulation is ever enacted. Antitrust action year after year doesn’t materialize, other than some weak consent decrees against Facebook which for a decade it violated while paying laughable civil fines.

No corporate monopolist comes close these days to being prosecuted for jail time. Under both the Democratic and Republican Parties, the Department of Justice cuts sweetheart ‘deferred prosecution agreements’ (See: Corporate Crime Reporter) with the corporate entity and lets off the bosses. Boeing, after its two criminal 737 MAX crashes, is the latest example (See: Flying Blind: The 737 MAX Tragedy and the Fall of Boeing by Peter Robison, November 30, 2021).

The dictatorship over consumers is most unprecedented. Whereas the old dictatorial bosses – pre-unions – had control over worker’s lives at the workplace, today’s corporate dictators can ply their power 24/7. They can get into the minds of people to addict them and have their personal lives invaded and their personal information offered for sale all over the globe. The old bosses used child labor until the early 20th century, but then kids were largely off limits.

Today’s dollar dictators have fused children’s hands with their iPhones and incarcerated them in their vast gluttonous, nasty, violent Internet world to which they become addicted. For six to ten hours a day, their screen time has become their lifetime – families begone!

Not only do these bosses’ avaricious clutches have no “quit time,” the little ones are now being lured into the Metaverse Gulag equipped with three-dimensional goggles to distance themselves further from daily reality.

Although circumvented, millions of parents are at their wit’s end, trying to recover their children from their screens and their video games at all hours and their digital fantasy worlds. Although there have been dozens of exposé books, documentaries and newly formed citizen groups focusing on these corporate child molesters, the hijacking of little America by these Internet Barons continues unabated.

Suing these commercial dictators for whom enough is never enough has gone nowhere. Judges don’t recognize offered causes of action. Moreover, under a special exception (Section 230 of the Communications Decency Act) from federal communications law, media like Twitter and Facebook are largely immune from suits no matter how violent, defamatory and false the anonymous hate messages traversing their corporate portals.

The contrast between the old and new corporate dictators is that the latter use, for free, your personal data for a fantastically profitable sale. The profit margins flowing from turning free “products” into big time cash are so high as to stun old-time economists who are used to margins under 10%, not over 50%.

Perhaps a bottom line in the differences between the old and new corporate dictators is twofold. Year after year, there is no number two really challenging their tight controls, no Avis to take on Hertz, as the old phrase went.

Second, the workers in these old industries felt and knew the oppressors or dictators ruling them. They were deep in this corporate reality. They could organize themselves because they knew their co-workers and this proximity gave birth to the union movements that led to fair labor standards and other regulations protecting workers (still much to be done here).

How do the users organize to overcome transaction costs (as with Facebook, Google and Twitter) when they never see each other? It’s a one-way gold mine ether out there. When several years ago, Facebook users formed a group for enhanced bargaining, Facebook sued for trademark infringement and blocked that nascent effort.

As long as Silicon Valley behemoths continue to rule Washington D.C. and State Capitals, get ready for more refinements of commercial tyranny.

Censorship, the Myth of Free Data, and the False Solutions on the Table, by Kenn Orphan

9 thoughts on “The New Corporate Dictators – Super-Rich and Super-Immune, by Ralph Nader”