A secret plan to foster an internal coup against Saddam Hussein was drawn up by the Government two years before the invasion of Iraq, The Independent can reveal.

Whitehall officials drafted the “contract with the Iraqi people” as a way of signalling to dissenters in Iraq that an overthrow of Saddam would be supported by Britain. It promised aid, oil contracts, debt cancellations and trade deals once the dictator had been removed. Tony Blair’s team saw it as a way of creating regime change in Iraq even before the 9/11 attack on New York.

via Plan to oust Saddam drawn up two years before the invasion – UK Politics, UK – The Independent

The madness of Tony Blair, the futility of the Chilcot inquiry

The Chilcot ‘Inquiry’: a theatre of the absurd By William Bowles

Answering someone from the ISO.

END_OF_DOCUMENT_TOKEN_TO_BE_REPLACED

U.S. Secretary of State Hillary Clinton was busy in London and Paris last week advancing the new Euro-Atlantic agenda for the world.

As the top foreign policy official of what her commander-in-chief Barack Obama touted as being the world’s sole military superpower on December 10, she is no ordinary foreign minister. Her position is rather some composite of several ones from previous historical epochs: Viceroy, proconsul, imperial nuncio.

When a U.S. secretary of state speaks the world pays heed. Any nation that doesn’t will suffer the consequences of that inattention, that disrespect toward the imperatrix mundi.

END_OF_DOCUMENT_TOKEN_TO_BE_REPLACED

Webster’s dictionary defines terrorism as the systematic use of terror especially as a means of coercion. [1].

However, the United States code defined terrorism as “(An) act of terrorism means an activity that (A) involves a violent act or an act dangerous to human life that is a violation of the criminal laws of the United States or any State, or that would be a criminal violation if committed within the jurisdiction of the United States or of any state, and (B) appears to be intended (i) to intimidate or coerce a civilian population: (ii) to influence the policy of a government by intimidation or coercion; or (iii) to affect the conduct of a government by assassination or kidnapping.” [2].

END_OF_DOCUMENT_TOKEN_TO_BE_REPLACED

Reams have been written about the appearance of Tony Blair at the so-called inquiry. Very few if any have even come close to identifying the real nature of the beast called Tony Blair.

Were he a working class man, head of a crime gang for example, Blair’s ‘pathology’ would have been central to most mainstream media coverage, revealing the class bias in how the the media treat the ruling elites. His judgment, even his arrogance maybe questioned but not his mental state.

There seems to be some disagreement over what constitutes a sociopath or psychopath but in trawling the web I came across all kinds of definitions. For example,
END_OF_DOCUMENT_TOKEN_TO_BE_REPLACED

Part one of two. Max Keiser on Icelandic TV to talk about Icesave, Britian, Iceland and the financial collapse.

END_OF_DOCUMENT_TOKEN_TO_BE_REPLACED

On the evening of Jan. 27, 2010, Rep. Ron Paul (R-TX) spoke, in Baltimore City, before a capacity audience at Loyola University Maryland. He addressed a wide range of issues, including civil liberties, civil disobedience, the CIA’s assassination policy, torture, rendition, secret prisons, enemy combatants, the ancient Writ of Habeas Corpus, Barack Obama’s White House and the 2nd and 10th Amendments. Rep. Paul also expressed his growing fears, post-9/11, for our fast-fading Republic itself. He added that the current situation in the country is compounded by the shaky economic and monetary systems, which have been ineptly crafted and dominated by the Wall Street Banksters and “The Fed.” With respect to Rep. Paul’s comments on the CIAs assassination policy, see: “CIA is Said to Weigh Targeting Americans for Death,” Jan. 31, 2010, by Greg Miller, Tribune Newspapers. Check out related videos: Audit the Fed! (see below) and the last video on this post: Open the Debates Rally Speech Uncut + Ron Paul Press Conference featuring Ralph Nader

END_OF_DOCUMENT_TOKEN_TO_BE_REPLACED

Peter Dale Scott: The President does not choose the mindset, it chooses the people who become President

Peter Dale Scott a former Canadian diplomat and Professor of English at the University of California, Berkeley, is a poet, writer, and researcher. His most recent books are Drugs, Oil, and War (2005), The Road to 9/11: Wealth, Empire, and the Future of America (2007), The War Conspiracy: JFK, 9/11 and the Deep Politics of War (2008) and Mosaic Orpheus (poetry, 2009).

END_OF_DOCUMENT_TOKEN_TO_BE_REPLACED 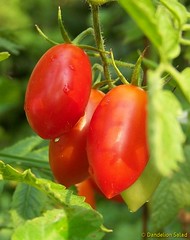 Peak Moment 161: What if the food system benefited local producers, nourished nearby people, and built a stronger community? Krishna Khalsa of Eugene, Oregon wants to turn the food system on its head. He wants it to be run by, and for the benefit of, ordinary people – not corporate profit. He’s exploring models of local cooperative, entrepreneurial organizations where people provide the labor, share and hire resources, caretake the land, use all of nature’s abundance, support farmers and food producers, distribute food so that no one goes hungry, and build strong social bonds. Empower people, not profits!

END_OF_DOCUMENT_TOKEN_TO_BE_REPLACED

So will the Chilcot Inquiry into the illegal invasion of Iraq actually do anything when it finally reaches its conclusions? It seems unlikely. Over the last two months, we have had some fascinating moments: on November 26, for example, when Sir Christopher Meyer, Britain’s ambassador to the US, delivered testimony which, as I explained at the time, “demonstrated, without a shadow of a doubt, how ‘regime change’ in Iraq was agreed between George W. Bush and Tony Blair in April 2002, and how the rush to war by the US meant that furious attempts to justify the plan were doomed to fail, ‘because there was no smoking gun.’”

END_OF_DOCUMENT_TOKEN_TO_BE_REPLACED

As I pointed out in my Commentary No. 128, “President Obama and the Democratic Leadership Council,” although I was taken in by the rhetoric as of last spring, I was right the first time (back in late 2007) about Obama essentially being a DLCer (Democratic Leadership Council, or the Democratic Right).  That became even more apparent in his State of the Union Message.  Although there was an occasional jab at the Republicans in Congress, and even at the Republican Supreme Court (with New Jersey Sam Alito showing just how classless virtually all Republicans, even Supreme Court Justices, are these days), on the policy side he was very DLC, that is Republican-light.  Yes, we actually do have a coalition government: Right (DLC) and Far-Right (GOP) although the latter cannot for a moment admit such a thing because they are so desperate to get the whole kettle of fish back just for themselves.

END_OF_DOCUMENT_TOKEN_TO_BE_REPLACED

Must-watch Parts 2 and 3.  Thomas C. Mountain is the guest.

END_OF_DOCUMENT_TOKEN_TO_BE_REPLACED

But remember, this power of the people on top depends on the obedience of the people below. When people stop obeying, they have no power. — Howard Zinn

When progressive historian Howard Zinn died on January 27, NPR’s All Things Considered (1/28/10) marked his passing with something you don’t often see in an obituary: a rebuttal.

After quoting Noam Chomsky and Julian Bond, NPR’s Allison Keyes turned to far-right activist David Horowitz to symbolically spit on Zinn’s grave. “There is absolutely nothing in Howard Zinn’s intellectual output that is worthy of any kind of respect,” Horowitz declared. “Zinn represents a fringe mentality which has unfortunately seduced millions of people at this point in time. So he did certainly alter the consciousness of millions of younger people for the worse.”