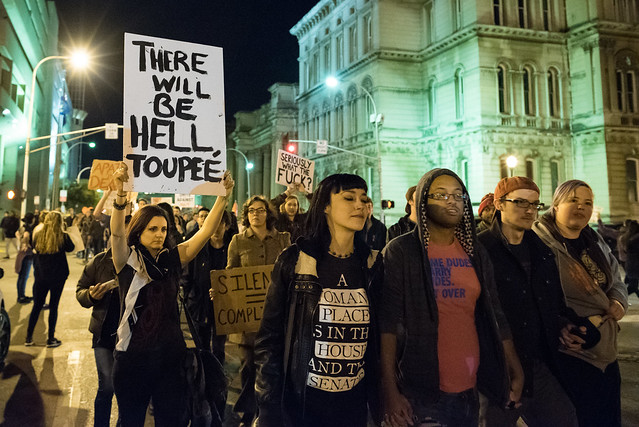 The Trumpsters are coming to town—led by a failed gambling czar, corporate welfare king and major tax escapee—and they are hell bent on unmaking Washington, D.C.

With all three branches of government  dominated by Republican members of Congress and Republican appointees—due to a mixture of abysmal deficiencies in the Democratic Party and the interloping luck of the atavistic Electoral College—the wrecking crew of Trump’s nominees to high cabinet and other positions brings with it a host of politically perilous baggage.

First, the Trumpsters have vowed to dismantle various government programs. They are determined to severely limit the protection of labor, replace public schools with taxpayer-funded vouchers for private schools, and drop regulatory protections in the health, safety and environmental fields, among others. Acting without the requisite legal authority is of little concern to Mr. Trump.

Having sworn in their oaths of office (to “faithfully execute the laws of the land,”), they will find themselves quickly sued, exposed in the mass media and opposed by the law-abiding civil service. It will be a whistleblower’s field day. Trump will have serious trouble binding himself to the rule of law and the Constitution.

Second, the Trumpsters will establish more secretive government, led by their very secretive boss (note his refusal to reveal his incriminating tax returns); too much secrecy always gets government officials in trouble sooner or later, from legal trouble to media trouble to citizen revulsion over the resultant corruption scandals. Heavily staffed with militarists and corporatists, the incoming Trump regime will be hostile to open democratic processes and vulnerable to governing by cover-ups.

Third, since most of the top nominees are wealthy with many financial interests, they stand accused of conflicts of interest, even as they divest assets and place them in so-called blind trusts.

How can the restaurateur and fast-food chain magnate, Andrew Puzder, the next Secretary of Labor, escape being seen as conflicted when he has opposed labor unions and has opposed increases to the stagnant $7.25 per hour federal minimum wage? Similar conflicts exist with the new Secretary of State—Exxon Mobil CEO Rex Tillerson—with that company’s far flung concessions and investments around the world. People who got rich in business and leave to serve public office tend to go back into the business world from whence they came.

Fourth, Trump’s nominees are for the most part confirmed role-players in radical corporate-statism. They can talk a good game against crony capitalism or corporate welfare, but the soaring stock market, including defense industry stocks, signal that Wall Street likes the Trump team. This is not exactly what many of Trump’s supporters expected after November 8.

Trump promised a bigger military budget, corporate tax cuts and fewer regulatory health and safety protections for consumers, workers and the environment. With a Republican-dominated Congress he may achieve these objectives, but they will be accompanied by rising deficits, more inflation, and the cost of preventable human casualties.

Fifth, the maximum peril Trump’s administration brings to the country could come from its extreme hubris with regard to its military aggressiveness overseas. Trump has picked three retired generals well-suited to advance Empire’s constantly boomeranging attacks in whichever country in Asia and Africa they choose. Certainly President Obama, presently conducting wars in numerous countries without Congressional declaration, has opened the door to these unconstitutional adventures.

The Trump military and national security team is not looking for peace treaties or strategies that avoid the spread of stateless terrorism around the world.

One major terror attack on the U.S. and Trump becomes a warring, civil-liberties destroying monster of over-reaction, forsaking and crowding out other priorities and necessities that a mature society must address.

With his megalomaniacal, easily bruisable ego, his impulsive middle-of-the-night tweets against opponents, and his unwillingness to absorb critical facts with reflection and prudence, we cannot trust his judgement to serve the best interest of the people, especially given his belligerent advisors raising dangerous risks on the horizon.

Nothing short of a robust organization of wise and experienced, retired military, national security and diplomatic officials, who served under both parties, supported by adequate resources and media access, can have a chance to slow down what can become a deadly momentum of brute force and troop expansion overseas.

Enlightened billionaires have to step up to make this happen before a likely unleashing of Trumpian rage and rant. This is not a man who can learn from the bitter lessons of history.

And citizens from all walks of life—left and right—need to defend our democracy, our civil liberties, and the health and safety protections that at their best made our country a model for so many other countries.

See my book, Breaking Through Power: It’s Easier than We Think for more information on how citizens can fight Trump administration excesses.

7 thoughts on “Tripwires for the Trumpsters by Ralph Nader”