The first of 33,000 more U.S. troops have arrived in Afghanistan for a Christmas surge and they will soon be joined by as many as 10,000 additional non-American troops serving under NATO in the International Security Assistance Force (ISAF). Washington will have over 100,000 uniformed personnel and tens of thousands of new military contractors in the South Asian war zone, and with more than 50,000 other NATO and NATO partner forces present total troop strength will exceed 150,000.

Except for a modest amount of troops assigned to the NATO Training Mission – Iraq in Baghdad, the U.S. with its 120,000 troops is now largely alone in that country. NATO, especially new NATO, member and candidate states were ordered to transfer their forces from Iraq to Afghanistan starting approximately a year ago and are now redeploying soldiers from missions in Kosovo, Lebanon and Chad to the same destination. The Afghan battlefront, then, currently has the largest amount of military forces stationed in any war zone in the world. [1]

END_OF_DOCUMENT_TOKEN_TO_BE_REPLACED

Dr. Benjamin Rush, a signer of the Declaration of Independence, is quoted as warning two centuries ago:

That time seems to have come, but the dictatorship we are facing is not the sort that Dr. Rush was apparently envisioning. It is not a dictatorship by medical doctors, many of whom are as distressed by the proposed legislation as the squeezed middle class is. The new dictatorship is not by doctors but by Wall Street — the FIRE (finance, insurance, and real estate) sector that now claims 40% of corporate profits.

Economist L. Randall Wray observes that ever since Congress threw out the Glass-Steagall Act separating commercial banking from investment banking, insurance and Wall Street finance have been “two peas in a pod.” He writes:

END_OF_DOCUMENT_TOKEN_TO_BE_REPLACED

Anger is growing among Americans – who say less money should be spent on the country’s overseas military campaigns and more on tackling the country’s domestic problems. U.S. congressman Dennis Kucinich, who spoke exclusively to RT’s Dina Gusovsky, says America can no longer afford war-based economy.

END_OF_DOCUMENT_TOKEN_TO_BE_REPLACED

Merry Christmas to all!  A beautiful and sad story, a little music and inspiration along with a history lesson. Please enjoy. ~ DS 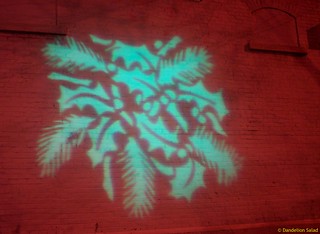 END_OF_DOCUMENT_TOKEN_TO_BE_REPLACED

Ben Bernanke has been a bigger disaster than Hurricane Katrina. But the senate is about to re-up him for another four-year term. What are they thinking? Bernanke helped Greenspan inflate the biggest speculative bubble of all time, and still maintains that he never saw it growing. Right. How can retail housing leap from $12 trillion to $21 trillion in 7 years (1999 to 2006) without popping up on the Fed’s radar? It’s not possible. Bernanke is just fudging the facts to save his skin.

Bernanke was also staunch supporter of the low interest rate policy which led to the crash. Greenspan never believed that it was the Fed’s job to deal with credit bubbles. “The free market is self-correcting”, he thought. He was the nation’s chief regulator, but he was opposed to the idea of government regulation. Go figure? Here’ a quote from Greenspan in 2002:

END_OF_DOCUMENT_TOKEN_TO_BE_REPLACED

Among the most important corporate media censored news stories of the past decade, one must be that over one million people have died because of the United States military invasion and occupation of Iraq.  This, of course, does not include the number of deaths from the first Gulf War nor the ensuing sanctions placed upon the country of Iraq that, combined, caused close to an additional one million Iraqi deaths. In the Iraq War, which began in March of 2003, over a million people have died violently primarily from US bombings and neighborhood patrols.  These were deaths in excess of the normal civilian death rate under the prior government.  Among US military leaders and policy elites, the issue of counting the dead was dismissed before the Iraqi invasion even began.  In an interview with reporters in late March of 2002 US General Tommy Franks stated, “You know we don’t do body counts.”[i] Fortunately, for those concerned about humanitarian costs of war and empire, others do.

END_OF_DOCUMENT_TOKEN_TO_BE_REPLACED

Editor’s Note: Exactly 46 years ago, President Harry Truman looked back on the still-young CIA, which he had helped create, and was alarmed at how its original purpose – to provide unvarnished information to top policymakers – was being perverted by the agency’s growing role in covert operations.

Nearly a half century since Truman’s warning, former CIA analyst Ray McGovern marvels at Truman’s prescience and suggests that the only answer today is to separate out – and protect – the agency’s core analytical function:

After the CIA-led fiasco at the Bay of Pigs in April 1961, President John Kennedy was quoted as saying he wanted to “splinter the CIA into a thousand pieces and scatter it into the winds.” I can understand his anger, but a thousand is probably too many.

Better is a Solomon solution; divide the CIA in two. That way we can throw out the bath water and keep the baby.

Covert action and analysis do not belong together in the same agency — never have, never will. That these two very different tasks were thrown together is an accident of history, one that it is high time to acknowledge and to fix.

A Lithuanian inquiry has found that the US Central Intelligence Agency set up and used secret prisons on its soil following the September 11, 2001 terror attacks in the US.

Lithuania’s intelligence agency assisted the CIA-run secret prisons, which were used to hold at least eight al-Qaeda suspects, the parliamentary panel in charge of the probe said in a report on Tuesday.

The National Security Committee report records instances in 2005 and 2006 when chartered planes were allowed to land in Lithuania, adding that all the Lithuanian officials, including President Dalia Grybauskaite, were kept in the dark about the aircraft’s passengers.