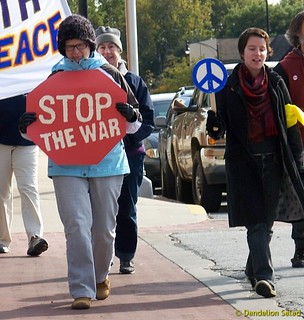 END_OF_DOCUMENT_TOKEN_TO_BE_REPLACED

His comments at the second event, hosted by the only defense-related institution of its type in the city that hosts NATO’s and the European Union’s headquarters, dealt extensively with what Lynn referred to as a “cyber shield” over all of Europe, which he described as a “critical element” for the 28-nation military bloc to address and endorse at its summit in Lisbon, Portugal on November 19-20.

END_OF_DOCUMENT_TOKEN_TO_BE_REPLACED

U.S. government documents obtained through the Freedom of Information Act (FOIA) and recently posted on the website of the George Washington University National Security Archive shed some additional light on talks with the Taliban prior to the terrorist attacks of September 11, 2001, including with regard to the repeated Taliban offers to hand over Osama bin Laden, and the role of Pakistan before and after the attacks.[1]

One of the recently released State Department documents, from March 2000, notes that a proposed “gas pipeline from Turkmenistan through Afghanistan to Multan, Pakistan figured prominently in discussions” about the mutual goal between the U.S. and regional players of stabilizing Afghanistan. Discussions on another proposed pipeline from Iran to India via Pakistan had also been proposed that were “more advanced”, and the Pakistanis had gone to Tehran to meet with Iranian officials “to pursue these negotiations”. But neither “pipeline is likely to go forward in the mid-term”, the documented concluded.

END_OF_DOCUMENT_TOKEN_TO_BE_REPLACED

[…] Our private labor doesn’t immediately become social. It must become value in order to be social. But in becoming value it is disciplined by socially necessary labor time. SNLT acts as an external force which disciplines our private labor, constantly compelling us to work more efficiently, yet never actually making our work easier or more fulfilling. SNLT creates the possibility for super-profits when one produces under the SNLT, and the search for super-profits drives much of the mad, chaotic development of the productive forces of a capitalist society, generating all sorts of unforeseen consequences. END_OF_DOCUMENT_TOKEN_TO_BE_REPLACED The ideas of Karl Marx–that class society creates great wealth for the few at the expense of the many–ring truer every day. Brian Jones examines Marx’s revolutionary ideas in this first of three articles.

IN THE last 150 years of U.S. history, you can’t point to a generation whose most active, radical layers have not been drawn to the ideas of Karl Marx.

This was true of the abolitionist movement (Marxist immigrants even fought with the Northern Army in the Civil War), the early pioneers of our labor movement, the hundreds of thousands (if not millions) who passed through Socialist and Communist Parties in the first half of the 20th century, and of the many thousands who joined the Black Panther Party and other parties that declared themselves against capitalism and in favor of socialism in the late 1960s and early 1970s.

END_OF_DOCUMENT_TOKEN_TO_BE_REPLACED

Did U.S. Soldiers Create Afghan Killing Club Pt. 2 – Is Army culture to blame for the crimes?