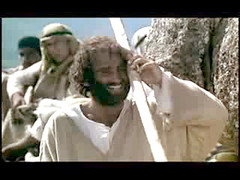 The film has been dubbed into various foreign languages including Spanish, Cantonese and Mandarin.

Message of the Day: Love

15 thoughts on “The Visual Bible – The Gospel Of Matthew”