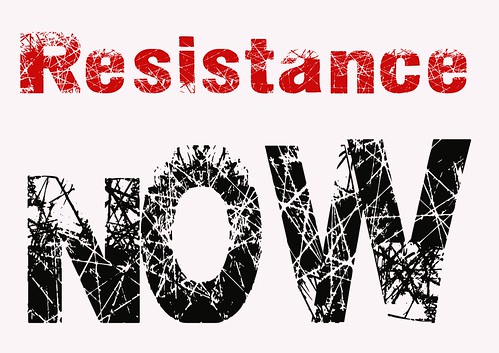 Pulitzer Prize-winning journalist Chris Hedges discusses the causes of revolution and resistences by looking at stories of rebels from around the world and throughout history. He examines what it takes to be a rebel in modern times.

Chris Hedges talked about his book Wages of Rebellion: The Moral Imperative of Revolt, in which he discusses the causes of revolution and resistances by looking at stories of rebels from around the world and throughout history. He also responded to viewer questions and comments.

He was interviewed while at BookCon, a book fair open to the public May 30-31, 2015, following BookExpo America, the publishing industry’s annual trade show, held May 27-29, 2015, at the Jacob K. Javits Convention Center in New York City.

The program concluded with a video clip of an interview earlier in the week with publisher Adam Bellow.

Journalist, author and war correspondent Chris Hedges spoke in Troy NY on Friday, May 29, 2015, part of the Spring 2015 season at The Sanctuary for Independent Media.

Chris Hedges, whose most recent book “Wages of Rebellion: The Moral Imperative of Revolt” (Nation Books) was published on May 15, 2015 is also the best-selling author of “War is a Force That Gives Us Meaning” (2003), a finalist for the National Book Critics Circle Award for Nonfiction. A quote from the book was used as the opening title quotation in the critically-acclaimed and Academy Award-winning 2009 film, The Hurt Locker. The quote reads: “The rush of battle is often a potent and lethal addiction, for war is a drug.”

Revolutions come in waves and cycles. We are again riding the crest of a revolutionary epic, much like 1848 or 1917, from the Arab Spring to movements against austerity in Greece to the Occupy movement. In “Wages of Rebellion,” Chris Hedges–who has chronicled the malaise and sickness of a society in terminal moral decline in his books “Empire of Illusion” and “Death of the Liberal Class”–investigates what social and psychological factors cause revolution, rebellion, and resistance. Drawing on an ambitious overview of prominent philosophers, historians, and literary figures he shows not only the harbingers of a coming crisis but also the nascent seeds of rebellion. Hedges’ message is clear: popular uprisings in the United States and around the world are inevitable in the face of environmental destruction and wealth polarization.

Focusing on the stories of rebels from around the world and throughout history, Hedges investigates what it takes to be a rebel in modern times. Utilizing the work of Reinhold Niebuhr, Hedges describes the motivation that guides the actions of rebels as “sublime madness”–the state of passion that causes the rebel to engage in an unavailing fight against overwhelmingly powerful and oppressive forces. For Hedges, resistance is carried out not for its success, but as a moral imperative that affirms life. Those who rise up against the odds will be those endowed with this “sublime madness.”

From South African activists who dedicated their lives to ending apartheid, to contemporary anti-fracking protests in Alberta, Canada, to whistleblowers in pursuit of transparency, “Wages of Rebellion” shows the cost of a life committed to speaking the truth and demanding justice. Hedges has penned an indispensable guide to rebellion.

Hedges, whose column is published Mondays on Truthdig, has written twelve books, including the New York Times best seller “Days of Destruction, Days of Revolt” (2012), which he co-authored with the cartoonist Joe Sacco. Some of his other books include “Death of the Liberal Class” (2010), “Empire of Illusion: The End of Literacy and the Triumph of Spectacle” (2009), “I Don’t Believe in Atheists” (2008) and the best selling “American Fascists: The Christian Right and the War on America” (2008). His book “War Is a Force That Gives Us Meaning” (2003) was a finalist for the National Book Critics Circle Award for Nonfiction. In 2011, Nation Books published a collection of Hedges’ Truthdig columns called “The World As It Is: Dispatches on the Myth of Human Progress.”

Hedges previously spent nearly two decades as a foreign correspondent in Central America, the Middle East, Africa and the Balkans. He has reported from more than 50 countries and has worked for The Christian Science Monitor, National Public Radio, The Dallas Morning News and The New York Times, for which he was a foreign correspondent for 15 years.

Hedges was part of the team of reporters at The New York Times awarded a Pulitzer Prize in 2002 for the paper’s coverage of global terrorism. He also received the Amnesty International Global Award for Human Rights Journalism in 2002. The Los Angeles Press Club honored Hedges’ original columns in Truthdig by naming the author the Online Journalist of the Year in 2009 and again in 2011. The LAPC also granted him the Best Online Column award in 2010 for his Truthdig essay “One Day We’ll All Be Terrorists.”

Hedges is a senior fellow at The Nation Institute in New York City. He has taught at Columbia University, New York University, Princeton University and The University of Toronto. He currently teaches prisoners at a maximum-security prison in New Jersey.

10 thoughts on “Chris Hedges on Book TV: Wages of Rebellion: The Moral Imperative of Revolt”