Sincere condolences to Michael’s family and friends and everyone who loved him and respected his work. ~Lo

Abby Martin gives a heartfelt tribute to investigative journalist and former LAPD detective, Michael C. Ruppert, highlighting his career from exposing CIA drug trafficking to his groundbreaking research on ‘Peak Energy’ and remember his sincere devotion to truth and justice.

END_OF_DOCUMENT_TOKEN_TO_BE_REPLACED

He described the geo-political background to the current crisis resulting from the recent right-wing coup of the Kiev government in Ukraine and U.S./NATO saber-rattling. The key to understanding the present situation is to look at the historically aggressive objectives of NATO. END_OF_DOCUMENT_TOKEN_TO_BE_REPLACED

But instead of intimidating the anti-fascist resistance, this attack has spread the fightback. END_OF_DOCUMENT_TOKEN_TO_BE_REPLACED

It is not without good reason that Brennan is known unofficially as Obama’s “assassination and torture tsar”. The 58-year-old spymaster is the embodiment of how Washington has itself become a secret, unaccountable government that has set itself above the law in the running of torture and assassination programs by presidential command. Brennan is the “éminence grise” of the White House’s covert world of state terrorism. END_OF_DOCUMENT_TOKEN_TO_BE_REPLACED 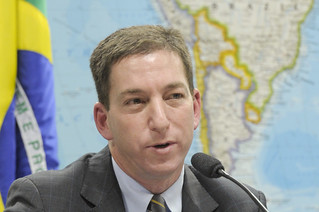 democracynow – In their first return to the United States since exposing the National Security Agency’s mass surveillance operations, journalists Glenn Greenwald and Laura Poitras were honored in New York City on Friday with the George Polk Award for National Security Reporting. Over the past 10 months, Poitras and Greenwald have played key roles in reporting the massive trove of documents leaked by Edward Snowden. They were joined by colleagues Ewen MacAskill of The Guardian and Barton Gellman of The Washington Post, with whom they shared the award. In their acceptance speeches, Poitras and Greenwald paid tribute to their source. END_OF_DOCUMENT_TOKEN_TO_BE_REPLACED