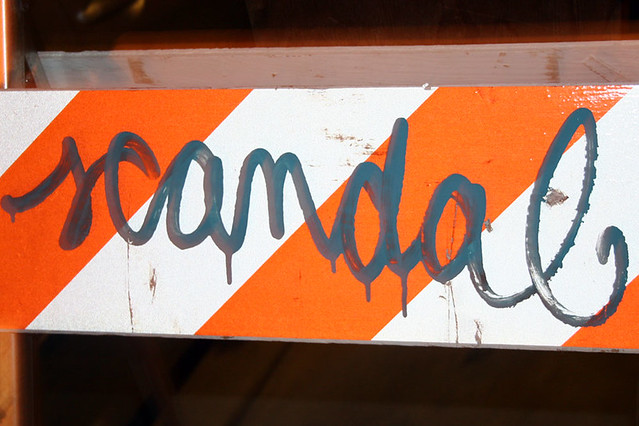 For decades, people have tried to fix the Democratic Party. They’ve imagined that their failings in this regard could be overcome by a greater effort. But it is hard to imagine anyone in the future mounting as significant an effort as did Bernie Sanders and his supporters.

We’re cynically told to just wait, because younger people hold better views. But the holding of views, by anyone, has nothing to do with it. And younger people have a pretty consistent record of becoming older people.

Why does the holding of views have nothing to do with it? Because the Democratic Party is bought and paid for and directed from the top down.

Here is a party that pretends to have solved the healthcare crisis with such self-deluding intensity that it refuses to express support for providing universal healthcare.

Here is a party that criminally pushes for more militarism and war including the overthrow of the Syrian government, and that will not admit the existence of occupied Palestine.

This is where the Democratic Party is after — just as before — a challenge from within and without that, if not for systemic corruption, probably would have made a decent candidate the party’s nominee and did make that candidate the winner of nearly 50% in its primaries and caucuses. A greater challenge than this is highly unlikely in the coming days, months, years, or decades.

Let’s pause a moment and listen to the breeze. There it is. Wait for it.

All together now and con brio: So I want Donald Trump to transform the country into fascism because I hate women, right?

I want you to vote for a woman named Jill Stein, with or without Bernie Sanders on her ticket.

I also want you to recognize that the system is totally corrupted. Cleaning the money out, fixing the communications system, opening up the ballots and debates, abolishing or democratizing the Senate, undoing gerrymandering, creating hand-counted paper ballots at each polling place and an election holiday, banning bribery, publicly funding elections, ending the electoral college and delegates and superdelegates, creating direct democracy through referenda, redistributing power to states and localities, and other necessary reforms are not going to be achieved because of whom we elect within the broken system so much as by what we do to bring pressure to bear on everyone working within it.

The reason to break free of both election obsession and lesser evilism is not that one evil candidate is or isn’t worse than another evil candidate. The reason is to make ourselves independent minded throughout the year and to direct our focus toward policy-based popular campaigns for radical change rather than dissipating a movement into cheerleading for a particular set of Misrepresentatives.

The majority of the United States cannot stand either Hillary Clinton or Donald Trump. That majority needs to take a clear stand for a system of government that does not impose such people on us. Don’t fund them. Don’t work for them. Don’t allow them to go outdoors without protest. Don’t allow them to go indoors without protest. #NoTrumpNoClinton should be our position. And our agenda should be investing unprecedented, undreamed of quantities of energy and funding and time and creativity into building a movement to overwhelm whoever claims to be our public servants with our legitimate majority demands to try to save this planet, stop killing, share the wealth, and improve rather than degrade peoples lives with public resources.

Is the Real Scandal the Clinton Foundation?

Michael Hudson says the media has failed to look beyond the emails and into potential conflicts of interest during Hillary Clinton’s tenure as Secretary of State.

Chris Hedges and Kshama Sawant: How to Counter Establishment Politics

Commercializing Elections to Destroy Our Democracy by Ralph Nader

7 thoughts on “The Democratic Party Is Dead by David Swanson + Michael Hudson: Is the Real Scandal the Clinton Foundation?”