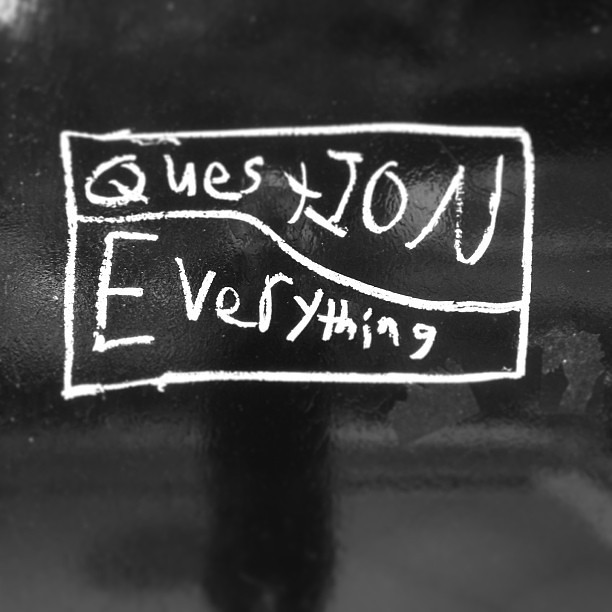 The Essays of The Man From the North by Rivera Sun
Writer, Dandelion Salad
December 19, 2016

When truth and reality are shattered into a thousand shards of deception, skewed and slanted into vicious weapons for power and control, how can we in the Dandelion Insurrection move forward?

Gandhi said, “We all have a piece of the truth.” Ideally, we would use our diverse perspectives to build a home for all of humanity, a shelter under which we could grow our depth of understanding, and a place where our differences could be addressed and resolved.

That vision has been shattered by those who profit from our animosity.

The rubble of truth is full of broken pieces and dangerous slicing edges. We cut ourselves on half-lies. We shred our flesh on distortions of reality. Slivers of information lodge painfully under our skin and madden us into attacks. Shadowy figures shift the pieces into formations they want us to believe. The glass mosaics are, by turns, haunting, beautiful, seductive, horrifying, and enraging. They pile the pieces of their truths up into walls that seem like solid barriers of reality. We are prodded down cattle shoots of their creation. If we try to escape, we are met by politicians, pundits, or priests wielding long slivers of their particular points-of-view like swords. They slash and whirl in dizzying patterns of persuasion until we are distracted from our search for another path.

Amidst all this, how do we move forward? A wrong step could kill us … and wrong steps seem to lie in every direction.

Here are a few ways we can begin:

Beyond approaching everything with a healthy degree of skepticism and examination, when we do move into action, be sure to put the heart first.

And as always, be kind, be connected, be unafraid!

Share these ideas with others. Someday, we will rebuild our shared understanding of truth and reality … but we cannot do that in the midst of violence, riots, battles, and wars. So, our first step is to teach the Dandelion Insurrection and others to noncooperate with the warmongers who shatter reality into sharp weapons and manipulate us into using truth against one another. Using the tips we just mention, we must refrain from a violence built from shards of information and the sharp edges of lies. We have to all become conscientious objectors to the battle of perspectives. We can de-escalate the conflict by building our awareness and that of others. The shattered world is being used against us. It is time to reach for a deeper understanding of truth.

Straight from the pages of publications that passed along lies about Iraq’s alleged “weapons of mass destruction” and that gave Donald Trump at least $2 billion in free media coverage comes a sudden concern about fake news.

The big-business-owned media narrative that Russia interfered with the U.S. elections by allegedly sponsoring stories more favorable to Trump than Clinton has been omnipresent in the news since late November.

Three other important stories concerning journalists also broke, but they were all published in noncorporate media and you may not have noticed them.

First, Mark Ames wrote for Alternet about how the anonymous group “PropOrNot” — “Prop” meaning propaganda — has ties to Ukrainian fascists. The Washington Post had covered without question this group’s release of a list of some 200 independent news sources that it accused of promulgating Russian state propaganda. Outlets charged as being compromised by the Russian government include far-right websites like Drudge Report as well as left-wing websites such as Black Agenda Report. (Dec. 7)

Then Rania Khalek wrote for Alternet that journalists have been approached to move to Turkey and write pro-war propaganda for those fighting the government in Syria. They were offered $17,000 a month. (Dec. 8)

Now comes another step to promote pro-war propaganda — under the guise of “countering foreign propaganda.”

On Dec. 8 the Senate passed the 2017 National Defense Authorization Act. Quietly inserted into the NDAA was the “Countering Foreign Propaganda and Disinformation Act,” originally introduced by Sen. Rob Portman (R-OH), who had said in a press release that the bill, among other measures, “establishes a fund to help train local journalists and provide grants and contracts to NGOs, civil society organizations, think tanks, private sector companies, media organizations, and other experts outside the U.S. government with experience in identifying and analyzing the latest trends in foreign government disinformation techniques.”

Because these stories were not blown up in the corporate media, you may not have noticed them. Instead you may have noticed stories in the New Yorker and New York Post and all over television and radio reporting that Russia has infiltrated the U.S. journalism landscape and has possibly bought off U.S. media and tampered with the U.S. elections.

The last U.S. government effort toward legalizing domestic propaganda happened in 2013 when the NDAA explicitly repealed parts of the Smith-Mundt Act, which had been passed in 1949 to prevent Voice of America propaganda from being broadcast inside the U.S. This made it possible for VOA (whose employees work at Buzzfeed and the Atlantic Council) and the Broadcasting Board of Governors (patrons of supposedly secure communications software like Tor and Signal) to aim their propaganda at the U.S. domestic population. As a result, 2014 saw an incredible uptick in editorials encouraging people in the U.S. to support U.S. war and intervention in the Middle East, whether against the Islamic State group (IS) or the Syrian government.

The median pay of a U.S. journalist is around $39,000 a year. (payscale.com) In a city like New York, this makes journalism a nearly impossible endeavor. With freelance journalists making around $250 an article, this means quantity is key, not quality.

A well-thought-out article may cost the journalist more time and energy than it’s worth. Grants from the U.S. government that are supposed to “support local independent media to refute foreign disinformation and manipulation in their communities” will line more pockets. They will favor those toeing the official line over those engaging in adversarial journalism — exposing and countering the lies of capitalism and imperialism.

The new bill also offers grants to “collect and store examples of disinformation and propaganda directed at the United States and its allies.” This is clearly a call for a hit list, such as was seen in the pages of the Washington Post when it covered the anonymous “PropOrNot” list of supposedly unreliable news websites.

In this country, corporate-­owned media are clearly accountable to the government and private interests, not the public they are supposed to serve.

The Media and Their Atrocities by Michael Parenti (2000)