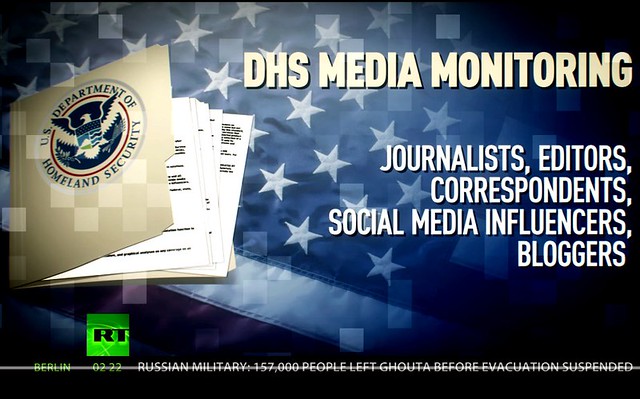 The U.S. Department of Homeland Security is recruiting staff to compile a database, aimed at monitoring journalists around the world.

On this episode of America’s Lawyer, Mike Papantonio and Brigida Santos talk about the DHS’s new plan to track Journalists, bloggers, and other media influencers.

17 thoughts on “US Homeland Security Wants to Track Journalists Worldwide”