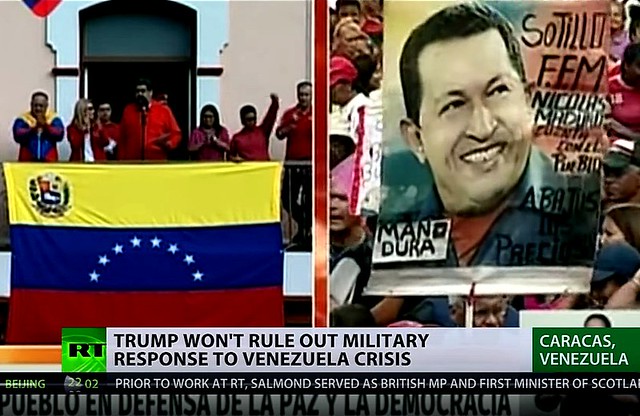 Is the US Orchestrating a Coup in Venezuela?

The US Strategy for Regime Change in Venezuela

From economic sanctions to international pressure, how has the US strategy for regime change in Venezuela worked until now? An analysis with CEPR’s Alex Main and TRNN’s Greg Wilpert.

UPDATED: Venezuelan Opposition Leader Guaido Declares Himself President, Recognized by US and Allies

The U.S. Has Venezuela in Its Crosshairs