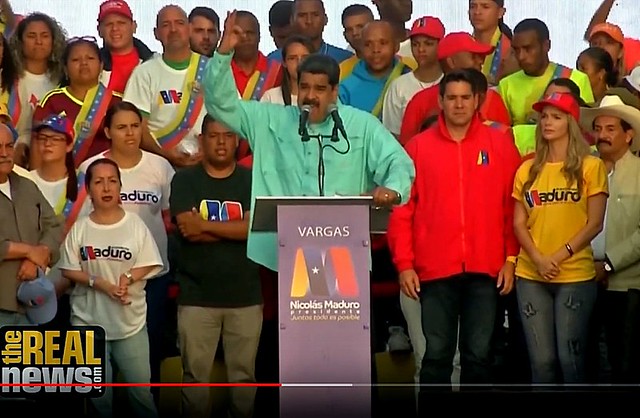 Defusing the Crisis: A Way Forward for Venezuela

Venezuelan Sociologist Edgardo Lander and TRNN’s Greg Wilpert discuss how Venezuela got into its current international, economic, and political crisis and what it might take to get out of it.

Sharmini Peries hosts a wide ranging conversation about the US backed attempted coup in Venezuela.

The Revolution Will Not Be Televised (2002)

18 thoughts on “Caleb Maupin: I’ve Been To Venezuela… They Will Fight To Defend Socialism! + Abby Martin on the Attempted Coup in Venezuela”