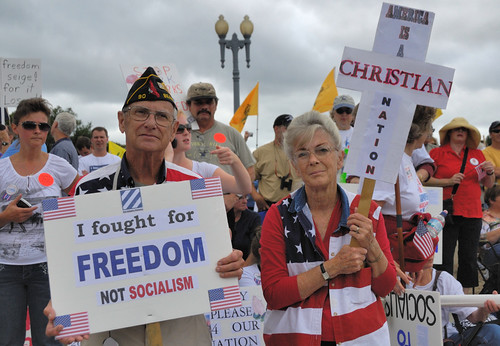 Is America home to a secret underworld of militant political groups bent on overthrowing the U.S. Constitution? Are apocalyptic Christians akin to religious militants elsewhere in the world in their quest to create a religious state? In a democratic society, should people have the right to preach the extermination of others? Mark Potok of the Southern Poverty Law Center is joined by Chris Hedges, author of American Fascists: The Christian Right and the War on America. Ian Masters moderates.

This video is from February 4, 2009. The original video can be found here.

10 thoughts on “Chris Hedges: Home Grown Hatred–Anger and Alienation in the US (2009)”