The August, 2011 riots and looting in various cities in the United Kingdom have caused many proper politicos to make pronouncements about “senseless violence” and looting.  Looting stores of shopkeepers in the areas of the British cities where the riots took place seems not only morally wrong and criminal, but counterproductive, as well.  Most of these shopkeepers are members of the same ignored, disaffected, discriminated-against class and race as the rioters.  What more need be said?

END_OF_DOCUMENT_TOKEN_TO_BE_REPLACED

Sorry, video is no longer available. 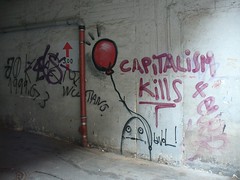 An excellent lecture by the well-known American political scientist, historian, and media critic, Michael Parenti. On history and who tells it (complete with Q&A).

END_OF_DOCUMENT_TOKEN_TO_BE_REPLACED

It’s fashionable to call them the ‘underclass’ that the state has buried away, out of sight–out of mind on ‘sink estates’ or trapped and invisible in the poorest neighborhoods of our cities. Demonized and/or sentimentalized by the state/corporate media (‘Shameless’ and ‘East Enders’ come to mind), exactly as in Victorian times, an entire section of the working class have been reduced to some inferior, sub-human species by the political class and its media partners-in-crime.
END_OF_DOCUMENT_TOKEN_TO_BE_REPLACED

Located about 20 miles east of the ancient Roman city of Leptis Magna, six miles south of Zliten, and off Libya’s southern coast across the Mediterranean from Rome, Majer was a picturesque village known for the fine quality of its dates and is claimed by locals to produce the best tarbuni (date juice) in Libya.

END_OF_DOCUMENT_TOKEN_TO_BE_REPLACED

Everyone who voted for Obama should feel betrayed, ashamed and disgusted.  Anyone who still trusts, admires and respects Obama is a fool.  Here is my political fantasy: I wake up one day soon and hear the news that President Obama has a fatal brain tumor and will soon resign.  Praise the Lord!

If you have any doubt whatsoever about how bad a president Obama is, then take the time to read this incredibly fine essay by Drew Westen “What Happened to Obama?”

END_OF_DOCUMENT_TOKEN_TO_BE_REPLACED

Since the summer of 2005, when I began a camp in front of the vacation “ranch” of George Bush, I have traveled to many countries and all over the U.S. meeting with people who have been in long struggles against neoliberalism. Most of us in the U.S. are familiar with the term “neoconservative,” but “neoliberal” is also a well-understood and often used term in other areas.

END_OF_DOCUMENT_TOKEN_TO_BE_REPLACED

In an exclusive interview with RT, Iran’s President Mahmoud Ahmadinejad pointed out that the 21st century is about knowledge, while nukes are the means of the past. Iran’s view on the “Arab Spring” and its relations with other countries has also been discussed.

END_OF_DOCUMENT_TOKEN_TO_BE_REPLACED

[…] War time always brings with it this comradeship, which is the opposite of friendship.

Friends, as J. Glenn Gray points out in his book “The Warriors: Reflections on Men in Battle,” are predetermined. Friendship takes place between men and women who possess an intellectual and emotional affinity for each other. END_OF_DOCUMENT_TOKEN_TO_BE_REPLACED

After a conflagration of arson attacks, riots and looting in several British cities, including the capital, London, there is a sense of order having been restored from a massive mobilisation of police forces.

There now follows the tracking down and prosecution of individuals involved in the mayhem. Conservative Prime Minister is leading “the fight back” to punish anyone who has inflicted damage and destruction to Britain’s society.

END_OF_DOCUMENT_TOKEN_TO_BE_REPLACED

The British government has charged that the riots are being caused by an increase in “criminality”. This is patently ridiculous. What is the difference in London or Manchester now than last year? If these riots are presumed to be the act of “criminals”, then what triggered these “criminals” to riot? If “criminality” is the reason why people are on the streets destroying neighborhoods and looting shops, why is it happening all over the country? END_OF_DOCUMENT_TOKEN_TO_BE_REPLACED

In William Wellman’s riveting 1943 drama “The Ox Bow Incident”, we find parallels to many illegal and immoral acts committed by those who are supposed to lead us. In the film, a rancher is ‘supposedly’ murdered by rustlers. A group of townspeople decide to form a posse without the sheriff, who is out of town for a few hours. They are informed that only  the sheriff can legally choose and deputize a posse. END_OF_DOCUMENT_TOKEN_TO_BE_REPLACED

In this invisibility they were something like black slaves (and thus slave women faced a double oppression). The biological uniqueness of women, like skin color and facial characteristics for Negroes, became a basis for treating them as inferiors. True, with women, there was something more practically important in their biology than skin color-their position as childbearers-but this was not enough to account for the general push backward for all of them in society, even those who did not bear children, or those too young or too old for that. END_OF_DOCUMENT_TOKEN_TO_BE_REPLACED

One of the most significant ongoing scourges that befalls humanity worldwide is the ongoing exploitation and sexual abuse of over two million girls and boys through sex trafficking. UNICEF estimates that two and a half million children, most of them girls, are tricked or forced into the multibillion dollar global sex industry.

END_OF_DOCUMENT_TOKEN_TO_BE_REPLACED 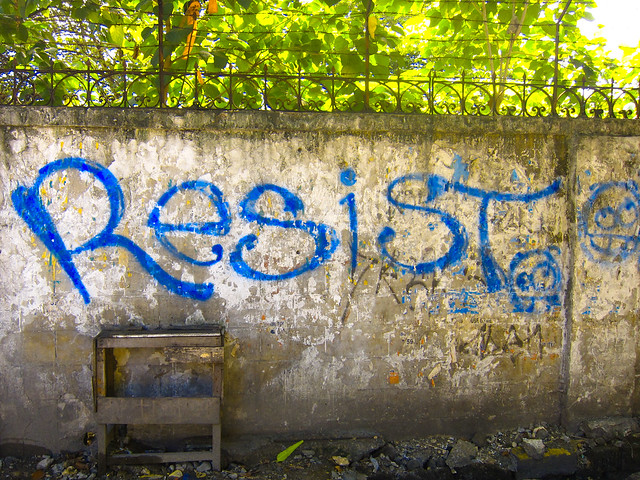 Thank you for inviting me to this important meeting—it is a great honor for me to be here on the anniversary of a time when our countries were bitter enemies—even before most of us were
born.

In the time of the rise of the 3rd Reich in Europe, the people of my country were in an isolationist mood and not too excited about getting into another bloody and costly war in Europe.